The Dramas of Daily Life 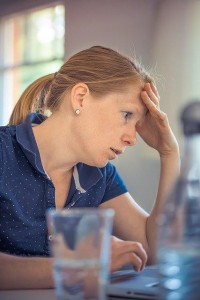 Do you ever find that you are taking yourself too seriously and getting things out of proportion? I was having a trying week last week and one day was particularly difficult, which made me think that someone was out to get me!

First of all a couple of bills arrived which I hadn’t budgeted for; then I received notification from Norfolk Constabulary that I had been going over the speed limit and needed to complete a form for a decision to be made about the outcome;  thirdly a plumber arrived to replace our dripping taps but crucially forgot to bring the taps we’d ordered so had to reschedule; finally someone who had made an  appointment with me for 121 yoga didn’t turn up – no notice given and no  explanation despite my trying to contact them.  It was frustrating as I had put off another commitment to make time for this and when you are self employed that’s money lost.

Anyway I could feel myself going into a downward spiral of negative thoughts about how I should have stayed employed and have the security of a guaranteed salary; how people are inefficient, inconsiderate, and rude and so on, when I remembered a couple of things from a book by Richard Carlson called ‘Don’t Sweat the Small Stuff’.

The book is written in short easy chunks-each gives a different suggestion for living a peaceful and happy life. The first bit of advice that is useful  in my situation is to be aware of the snowball effect of your thinking! Basically it’s all too easy to let negative thinking spiral out of control and the best thing to do is to try to nip it in the bud. Often it isn’t about what happens to us but our attitude which affects how we feel.

The second bit of advice is to do with keeping things in perspective:  ‘Turn your melodrama into a mellow drama’ as it says in the book. Isn’t that nice? In other words, don’t blow things out of proportion; try not to treat life as if it’s an emergency – as if you’re the star of your own soap opera!

My other bit of advice is that sometimes set backs are useful because we can learn from them.  Regarding the person who didn’t turn up -maybe I should have contacted her a couple of days beforehand to check that she was coming; regarding the speeding letter perhaps I can be a bit more observant about speed limits and, as for the bills, maybe I can keep a more careful record of my outgoings. Well that’s what I’ll aspire to anyway!

I’d love to hear what you think.