What sort of Yoga am I practising? 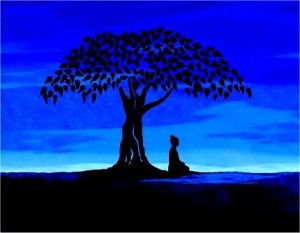 I have just come back from a couple of weeks in lovely, rural Pembrokeshire -staying in an old, converted dairy with our own resident bat -but that’s another story!

While I was away I got to go to some yoga classes which was such a nice change -nothing to do but enjoy my own practice and someone else’s teaching.  It struck me what a lot of different types of yoga there are.  In Wales  I was lucky enough to go to Scaravelli Yoga, Dru Yoga, Hatha Yoga and Vinyasa Flow. Other classes in the area, which I unfortunately missed included Iyenger, Ashtanga and Vini yoga-so much choice!!

On reflection though all the classes  had common ground.  Firstly they all included postures and movement;  secondly they all had a relaxation at the end of the practice lying on the mat.  Thirdly each teacher gave the advice to only do what felt right. Fourthly and importantly I went away from all of the classes feeling good.

Interestingly all these different types of yoga come from the same branch: Hatha  Yoga which is an umbrella term referring to the physical practice of yoga postures, which prepares the body for meditation. In the west  however we often use the term hatha to indicate a relatively gentle and slow yoga practice- unlike something like ashtanga which is more physically demanding.  Actually ashtanga yoga, including the Vinyasa flow which I attended, is part of Hatha yoga.

In ancient times yoga was sometimes referred to as a tree.  Hatha yoga is one of six branches; the others are raja, karma, bhakti, jnana, and tantra yoga.

So does it it matter what style of Yoga you are practising or the name of the type of Yoga you are doing? In my view, not really -as long as the practice  is safe and you enjoy the class and go away feeling better than when you started. Probably it is  more important to have confidence in the teacher’s  expertise and knowledge and to have chance to develop your yoga over time and constantly learn new things.

I don’t think we need to be too drawn to the style of yoga we’re doing, but rather to the practice itself and to the benefits that all types of Yoga can bring -and that lovely combination of energy and ease!